A meeting place for Alumni, Students and Fans of the University of the East Red Warriors!

The sport is gaining a lot of attention since last season and our Lady Warriors seem to have been contented enough to be just "in" the league. I think the last time that we figured in the Final Four was during the Su Roces era. 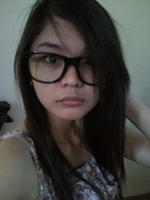 I was given the chance to watch their first game.

But the hype is just a hype, I must say.

At sad to say, mababa ang IQ ng ibang players natin with the exemption of Nerida.

At sana, bigyan din ng pansin ang facial value. Hehe. Kidding aside, I'm hoping they can get their acts together and give a good fight this season.

1st Win in UAAPS74 against the Lady Bulldogs!

Hoping to make it on Saturday against the fighting maroons... Congrats Lady Warriors! keep it up Bulan and sana mag step up si Caballero along with Kite and others..

FRANCIS VICENTE accepted the challenge of turning around University of the East’s (UE) dormant women’s volleyball program after agreeing to become its head coach in time for the University Athletic Association of the Philippines (UAAP) Season 77.

But the soft-spoken mentor, who formed the core unit of the National University (NU) Lady Bulldogs, already met with UE officials and bonded with the team on Tuesday to begin the transition period.

Vicente said he expects the task at hand won’t be easy as the Lady Warriors have languished at the bottom of the eight-team field for a number of years now.

“Well, as of now, I have not discussed yet any program. I have to meet first all the players and also the parents to explain many things. We’re not expecting to have immediate results,” Vicente told the BusinessMirror.

“Once I start forming the program, there will be sudden changes, especially on the discipline side of the core of the team. I am hoping to get more tall players so we can compete with the other teams. But we also have to contend with the other teams when it comes to recruitment.”

Vicente will inherit an almost intact team that will be missing the services of team captain Sarina Faith Bulan, who already used up her playing years.

UE Athletic Director Rodrigo Roque said Vicente’s appointment got a positive response from the team and boosted the confidence of the players.

“He [Vicente] just discussed on the direction he wanted for the team. The UE community is hoping he could do the same thing to the school what he did with the NU women’s team,” said Roque, who coached the UE juniors team and knew Vicente when the latter handled the University of Santo Tomas girls’ squad.

UE last won the UAAP women’s volleyball crown in 1972 as co-champions with Far Eastern University. The Lady Warriors ruled solo when it won back-to-back from 1968 to 1969 with former Philippine Sports Commission Commissioner Tisha Dominguez-Abundo as one of the players.

The Lady Warriors had consecutive winless seasons (75 and 76) where they only won eight of the 92 contested sets. The last time UE clinched a Final Four berth was in Season 69 after finishing fourth with a 5-7 record but got swept by topseed FEU, which enjoyed a twice-to-beat edge in the semifinals.

It was in Season 64, in 2002, where national team mainstay Suzanne Roces was named the Rookie of the Year despite UE missing the Final Four that year.


[You must be registered and logged in to see this link.]