A meeting place for Alumni, Students and Fans of the University of the East Red Warriors!

For me, It is reliable, secure, and a trendy phone. Interface is simple that makes it simply awesome for me and for my daily needs. The only downside is the battery life, I wish Apple will do huge battery improvements in the next iPhone to come. But
overall it is a great phone. 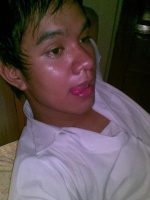 Nokia N9, the first and only Nokia device with the Meego OS, which was ditched by Nokia for the Windows phone OS.

Nokia N9 was the pioneer in the Air Gesture which was copied by Samsung. First to offer the amazing FREE OFFLINE NOKIA MAPS AND OFFLINE NOKIA DRIVE for driving navigation.

Nokia N9 was also the first device to feature a "double tap to open" which was copied by LG.

Nokia N9 once hold the fastest shutter speed among the camarefones in 2012.

N9 was also the first to use the scracth proof gorilla glass.

The Nokia N9 program team separated from Nokia and created their own Mobile phone and OS named Jolla with it's Sailfish OS.

The Nokia N9 was also given several awards, let me quote from wiki:

"In November 2011, the Nokia N9 won 3 out of 4 applicable titles (including design, camera and cellphone of the year) at a gala held by Swedish magazine and webzine Mobil.se.[50]

In January 2012, the Nokia N9 Swipe UI was nominated for an IxDA Interaction Award.[51]

In April 2012, the N9 was awarded a Design and Art Direction "Yellow Pencil", in the interactive product design category, beating among others the iPad 2 and the Nokia Lumia 800.[53]"

I now have the Nokia Lumia 1020 with it's 41mp lens. (for camera, entertainment and media purposes)

It's still the Camerafone king for 2 years now as proven by the GSMArena.com camera shootout - [You must be registered and logged in to see this link.]

It bested 5 2014 flagship fones from Samsung, LG, Iphone among others despite of the older specs.

To make it clear, Microsoft only bought the Device and software dept of Nokia, not the whole of Nokia. So Nokia can still launch mobile devices if they want to.

Nokia Windows phone was also the first to introduced free online music streaming which was followed by spotify and spinner(?).

The Nokia Lumia 1020 has reinvented zoom. It has this lossless zoom capability, wherein you can take a picture then crop it zoom without the image losing it's detail. Great eh?!

The Nokia Lumia 1020 makes the point and shoot camera obsolete.

It's also the first phone to offer the Optical Image Stabilization for less blurry photos which was also copied by other fone manufacturers.

Windows phone was also the first to offer a phone that focuses in low light photography through the Nokia Lumia 925.

Windows phone was also the pioneer in wireless charging using QI charging plates and pillow, and again was copied by Samsung, LG and others.

I have the Samsung Chat B5330 for calling and texting. haha.

And I am currently thinking of buying the newest LG Flagship fone the LG G3!

Having the latest chipset and latest version of the android OS, it's a headturner and a monster of a phone!!!!

[You must be registered and logged in to see this link.] <- here have a look of Z1's specifications.